Nehru Place ( नेहरू प्लेस ) is the Famous Market for IT Computer hardware and accessories and is also known as the famous Indian Information Technology Market. It is located in southern part of New Delhi, India. If you are planning to buy computer hardware, desktop, Laptop, printers, hard disks, Monitors, CCTV Camera, RAM, Pen drives, Softwares, Projectors, Motherboards, Processors, Plastic Cards, Web Design, Graphic Design, Graphic Printers, Copiers etc. everything at one place. Hence it can be called heart of Indian IT industry. It is also called NEHRU PLACE only. People from all over India come to this market Nehru Place in order to procure computers, printers, laptops and associated peripheral and other devices. People can also buy android mobiles, laptop batteries, laptop adaptors, mobile, SIM cards, CCTV Camera, digital cameras,  biometric devices, retina scanners, pen drives, printer cartridges etc. One can also buy hard disk, RAM, motherboard, CPU, computer case, cabinet, printer and scanners in this market. Al most all the key brands dealing in IT industry like Sony, Lenovo, Intel, Toshiba, HCL, iBall, Intex etc. could be effortlessly found in Nehru Place Market. Dell, HP, Acer and many other great brands have their existence as showrooms in Nehru Place Market. Nehru place IT hub is the only IT hub in India which attracts thousands of people on daily basis to buy the IT stuff. Some dealers are selling products even rate to rate as they claim. People can also find Nehru place.

Market timings are 10-AM to 7:30PM and is closed on Sunday, whereas Flea market i.e. bazaar is open 7 days. The main post office near it is Kalkaji and the PIN Code of Nehru Place is 110019.

The name of this Nehru Place Market is derived from the name of a great personality of India. It is named after the first Prime Minister of India, Shiri Jawaharlal Nehru. This market was formed in around 1980s and consists of many four to five-floor buildings and few high towers building as well. It also consists of underground and over roof parking facility these days. There are few high storey buildings like EROS, IFCI, ANSAL TOWER, DEVIKA TOWER, MODI TOWER, Hemkunt, Skylark Building, jyoti building, etc. Many big fabric export houses and cloth merchants have their showrooms and factory outlets here.

there are many it service provider companies in the market.

One can reach Nehru Place by all means of public transport by Delhi Metro, DTC bus (Delhi Transport Corporation), auto, own conveyance or by a taxi/ Cab. Metro runs each 5 minutes from Badarpur side and GK side. The availability and frequency of DTC buses services is very high, usually once every ten to fifteen minutes. However these days Delhi Metro is the main transport to reach Nehru place. If to talk about the surroundings of Nehru Place, one of the famous temples i.e. Lotus Temple is also located very nearby it. Nehru Place is also surrounded by the small size of hotels for accommodation. People come for business visits in different companies stay in these hotels.

Nehru Place is known as the centre for small and medium enterprises of IT services, it is a hub for all forms of IT hardware dealers, such as PCs, servers, networking equipment, software, documentation services, and all allied services. Several manufacturers of computer hardware have their authorized dealerships and authorized service centres located here, and that is why it is often considered as the main computer hardware shopping area. It also has the showrooms of many cloth merchants and textile mills which deals in and trade in cloth and fabric at factory price making them a factory price outlet. Several businesses also build custom-specification personal computers which are also call assembled computers and servers to order on-site, and many businesses are dedicated to hardware servicing and repairing. It also has many computer and printer repair shops Nehru Place is also a big market for secondhand computer hardware, as well as small, one-room shops that sell software titles. One can find some of the best deals for computer hardware here. One of the unique features of Nehru Place is the pervading informal atmosphere, akin to a flea market or a bazaar, in a place that deals in high-technology products. Bargaining is widely done and tolerated in Nehru Place IT market and it is possible to purchase items at a lower price than they are marked with. 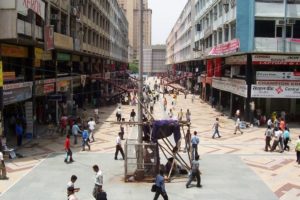 Subscribe to the Nehru Place Online Marketplace to receive updates on new arrivals, special offers and our promotions.

Become a Vendor: to Sell Your Products
Don't show this popup again